The peace of the world is breaking into pieces and we are still counting the pieces. Let’s establish peace in minds of everyone by eradicating the division of people and things on the basis of region, religion and relation. That’s the ultimate motive of being united.

The Paris attacks, twice within 10 months, Beirut attacks, Baghdad attacks, are the live examples of how much safe this world is at the moment. The city of lights is now devoid of light. In this critical moment of world, it’s time to stop dividing people and things on the basis of region, religion and relation. It’s time to stand with each other with hand in hand and decrypt the cryptic code of our palm lines. It’s time to stand together against Terrorism. Let’s stop the division, let’s learn to multiply.

Region, Religion and Relation:
Division? Heard of it? In school during Maths period? Yes. Then there were division of numbers. Now division have found new meaning. Not meaning, in fact, meanings. Nowadays, we all are divided by religion, region, relation, race and what not. Every dividend has its own meaning of division. Why we all are fond of such type of insane Maths! You know!

REGION: I am an American, I am an Indian, I am an Russian. So you are a place or what? Why you relate yourself with a place. If you were born in another country, will you still relate yourself with the country you are living at present? No. Right? Place is just because we need some space for body, our soul doesn’t need a space. It just needs air. Places division is one of the reasons for limitation of thoughts of people. Why is this division theory well accepted by most of the people? Remove it. We all are humans.

RELIGION: This deserves a precise, specific, individual, unique post. But let’s not get deeper and drown in it. Just swim out and get away from this division theory. So I am a Christian, I am a Hindu, I am a Muslim, I am a Buddhist. So are you just a religion? Are you just a caste? Remember, no-one understands each and every language. So is the religion. No-one can talk all the religions, but the meanings of every talk is one and the same. “God is one, religions are just different languages to understand God.” So remove this division system out of your theory. What is the use of such Division theories in which quotient is war and remainder is just dead bodies. Keep that in mind. “Religions are there for keeping peace in us, and we are breaking the very rule of Religion by quarreling for it.” God made humans, humans made Religions. And religions made God to Gods.

RELATION: We are related by blood. We are related by air. But still when someone meets with an accident, we rush towards them with curiosity, and once we see the face of the victim, we turn away. When someone asks what happened? We reply ” He/she is not related to me in anyway! ” What? Come again? Yes. That’s what happens in this technically developed world. Now just internet works in our body! Blood? No-one cares about it. Even relatives don’t have time for each other. Everyone thinks that we just live online. If not, we are dead. ( I have personally tried this when I disconnected myself from all the social media networks like facebook, twitter, instagram, whatsapp for more than a month.(WordPress for 6 months). And the results were horrible and unexplainable).No one cares if you are offline! I thought a lot and finally came to know, people are related more to the phone than the people. It should end. Use the internet for a better cause. Don’t divide people unite them. Take the help of internet. So remember, everyone is related to the other in one way or other. We all came from the same place. “Mother’s womb” . We all breath the same air. We all live for one purpose, Enlightment. Our blood pigment is haemoglobin, Haemo. Humans. So love everyone. Everthing.

Don’t divide people with such theories. Don’t be pieceful by such divisions. Be peaceful without dividing. This is also the multiplication theory of happiness.Even the Blogadda came up with this amazing idea of blogging for peace and spreading the words to the world. This blog post is also a post for #bloggingforpeace activity initiated by Blogadda for gathering different views of bloggers on establishing peace and how the mindsets of people can be changed with words. Words are powerful, they just need to be read.

So I hope peace establishes in the minds of people, which will establish peace in the world. Thanks for reading. #PrayforParis #PrayforBeirut #PrayforBaghdad

The atomic bomb was more than a weapon of terrible destruction. It was a psychological weapon.
-Henry L. Stimson,1947.

Do you remember what happened on today’s date, 70 years ago, on 6th August 1945? No? On 9th August 1945? No? Ok. Let’s re-read about the world’s biggest catastrophic and prodigal attacks related to a warfare. THE ATOMIC BOMBINGS OF HIROSHIMA AND NAGASAKI. The attacks occurred during world war-2 on Japan, in the final phase, The pacific war. This was one and the only war, in which a atomic bomb was used as a weapon. A Nuclear weapon. The war that crossed all its limit. 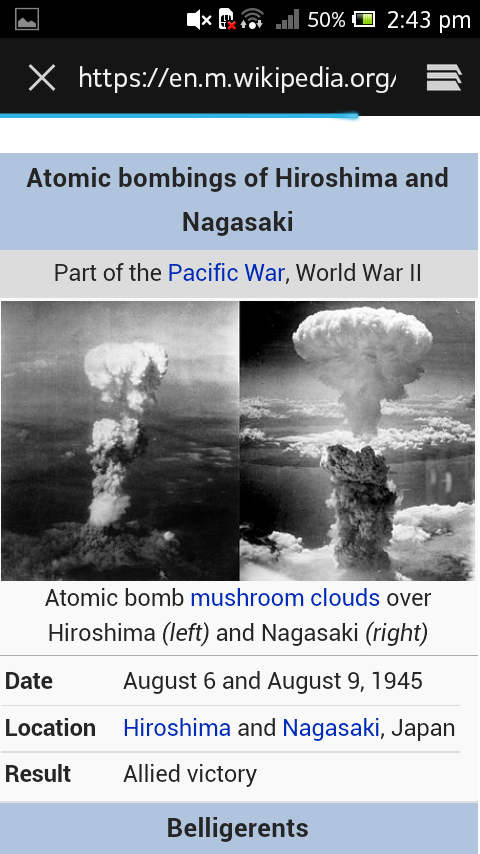 You cannot imagine the carnage those atomic bombs created! An atomic bomb made up of Uranium named TINY BOY was dropped on Hiroshima on 6th August, 1945. Thousands of people died on the spot with thousands of people died on the following days due to radiation effects. The Japanese emperor Hirohito, thought surrendering to this was not a good idea and commanded his commanders that the war should go on. Somehow this conversation was decoded by the US magic code-breakers and this followed was followed by a more dangerous attack on Nagasaki with Plutonium Atom bomb. The atomic bomb made of Plutonium named FAT MAN was dropped on 9th August, 1945. Thousands of people were scattered here and there. The intensity was such. Around 1,29,000-2,46,000 people lost their lives taking both these attacks into account. And many more people died due to the radiation effects the following days. Still to the date, people suffer because of those explosions. The heat generated due to those explosions is about 3900 degrees centigrade. Just feel the heat. Finally on 12th August, 1945 the Japanese Emperor surrendered and signed an allied treaty and met the agreements with united states.  If not the Emperor had surrendered, many more attacks as such were planned on different Japanese cities! Cannot even imagine that!

There is a lot more to know about this incident. How these attacks were planned, who were the people behind these attacks, what happened after the attacks et cetera. You can find all this information on this link.
Atomic bombings of Hiroshima and Nagasaki

Wars, which were said to be waged for establishing peace in the world, did the opposite. Wars extirpated the peace from its root and gave rise to new seeds called Fear. With people living in that growing fear, they decided to be more secure and thus started preparing weapons on their own, in times of need. To prove that their security is more powerful than others, it gave rise again to a new set of wars.

The atomic bombs made up of depression, anger, envy, ego, hatred, loneliness and sadness are being dropped every other second on our neurons destroying all the data of morals from our brain. That’s why they say in anger, envy and hatred, our mind doesn’t work! How can it work if the neurons in it are brutally killed! The people are turning into selfish, greedy and mean. These wars will go on till we sign a treaty with happiness, humanity, love, success, passion and peace. Then we will be happy.

The one who is unmoved by the ups and down of life, the one who is stable in both times of sadness and happiness, that person can only be called as Enlightened person.

So, enlighten your self. Fill your life with light. If peace is in mind, it will be in the world. Thanks for reading. Keep your mind peaceful. I am also trying.

Life is like Love In Folded Envelopes. Yes. We gift people with folded envelopes on different occasions. We give them with love. Similarly we are gifted from heaven to earth as gifts, with love. We are the proof of love between heaven and Earth. So we have to justify their love, as Earth is in trouble, as it is in danger. Danger of extinction.

We are made from love. Different elements are mixed in us with different proportions. Water for transportation in our body, fire for digestion, air for respiration and wind for voice( Sound box). We are gifts created with atmost care. We are here to deliver the decoded message of heaven to Earth. But we, instead of trying to decode the message of Heaven, we are trying to decode the message of ourselves. The purpose of ours for being in this land. We are trying to find the reason for our existence.

The opposition of heaven, Hell, is trying to conquer the Heavenly Earth by sending its demons in this Earth. Anger, Ego, depression, violence are some of the dangerous demons who have already entered into the province of Earth. And many others are waiting to enter the Earth. They are trying to destroy the message decoded in us, the gifts of Heaven to Earth, so that Earth can never understand the love of Heaven.

Are we so selfish? The reason for which we are here, to save this Earth from the purgatory, are we forgetting that reason? . Wake up. The message will be decoded according to time. Just save this Earth from self-destruction. Stay strong. Keep the land clean. And mind resistive to the demons of Hell. Be the warrior. Only on your hands, the Earth is residing. Bring out the warrior in you.

Quote of the week

"You are not a human being in search of a spiritual experience, you are a spiritual being immersed in a human experience." - Teilhard de Chardin 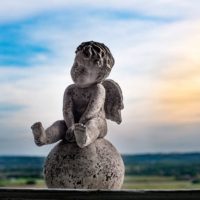 Some topics I write on

My collection of thoughts

Witness What Happens When A Ghalib Loving Psychologist Who Doubles As A Hindi Kaviyatri And Raconteur Sits Down Over A Cup Of Coffee And Coelho By Her Side To Converse About Art, Love, Faith, Philosophy And The Journey Called Life! You're Invited!

tisgreenamongthebushes
Scribbles from me to you

An Initiation To Motivate, Ignite, Build and Transform Lives

I Solemnly Swear I Am Up To No Good

Breathings of my heart.....

Am an aspirant too